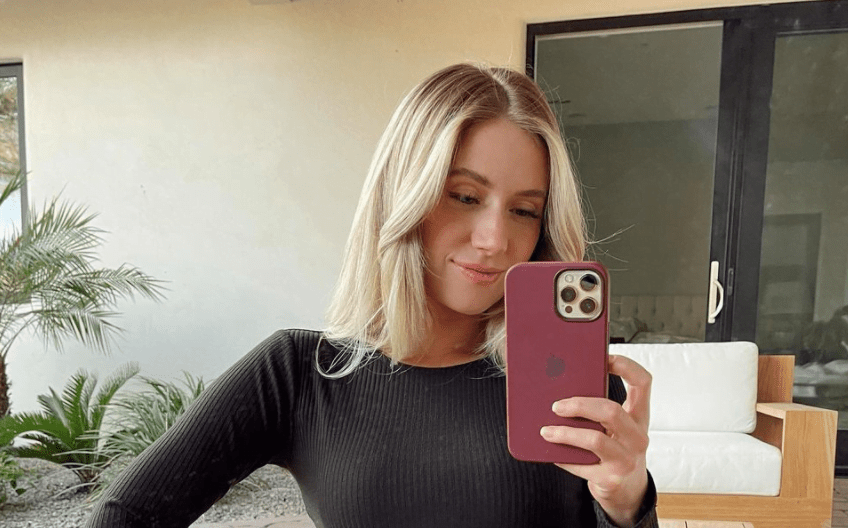 The couple shared about their miscarriage in May 2020. This was a hard time for them, as they were looking forward to giving Alessi a sibling. They seem to love being parents and seeing all of the new things she’s learning.

Lauren had a missed miscarriage, which means that her body did not naturally pass the lost baby as it would have with a typical miscarriage. As the couple navigated this sad time in their lives, Bachelor Nation sent messages of love and hope.

About one week before Christmas, Arie and Lauren took to social media to share a big announcement. They revealed that they’re pregnant again. The first post they shared features Alessi in a “big sister” shirt. Then, a couple of days later, they shared a collection of sonogram photos, revealing that they left out the detail that they’re having twins.

Bachelor Nation is thrilled for the couple. After hearing the exciting news about the twin rainbow babies, they sent lots of love and well wishes the couple’s way.

Arie and Lauren’s babies are due to arrive on July 3, 2021. Alessi’s birthday is in May, so she will be just over 2 years old when they are born.

She writes that the couple went to an ultrasound and found out the babies’ genders. She also asks her followers to leave their guesses in the comments section of her post.

Several fans are pointing out that she appears to be carrying low, which could be a sign she’s having at least one boy. Also, fans think it could be two boys because she knows the genders so early in her pregnancy. Ultrasound technicians can typically identify babies as boys earlier in pregnancies than they can girls.

It’s likely that the couple will share gender reveal photos or a video soon enough now that they know the gender themselves.

Lauren and Arie have started an Instagram page for their twins already. Though Lauren isn’t sharing a lot of bump pictures on her personal Instagram page, there are several on the twins’ page.

You can see them here.

As Lauren’s pregnancy progresses, there will likely be more updates, including bump photos. Bachelor Nation is looking forward to more pictures from the couple as their little family continues to grow.

Stay tuned for the latest updates on the Luyendyk family and other celebrity news. Hopefully, the couple will share the babies’ genders very soon.