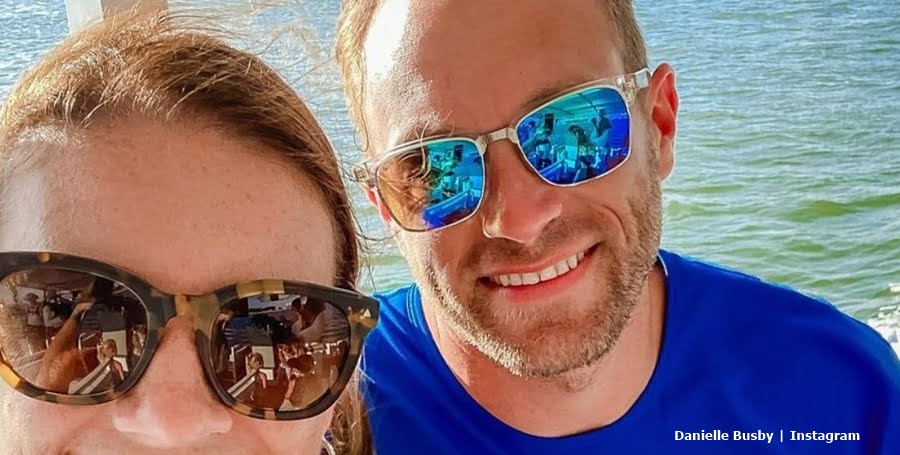 OutDaughtered Adam Busby not only sets parent goals for TLC fans, but he also seems like an amazing husband. Fans know that the family went up to Louisiana for a second Christmas and to spend New Year with their Lake Charles family. Giving Danielle a break, Adam went off to the kitchen and cooked a yummy-looking meal!

We reported that Adam and Danielle might pick up some heat from TLC fans. After all, critics roasted them for traveling over Thanksgiving. The family went away and spent time in Oklahoma. But this time, hardly anyone burned them for traveling once again. Perhaps they just gave up trying to convince the family to stay home in Texas.

Bear in mind as well, that they raised a lot of donations for victims of the Lake Charles community after Hurricane Laura. So, that could also factor in. After all, nobody expressed anger when Adam loaded up the U-Haul for shipment to the devastated area. Probably, OutDaughtered‘s Adam Busby also helped with repairs to his own family’s home. Now reunited with them, Adam revealed some amazing kitchen skills.

Taking to his Instagram Stories on New Year’s Eve, Adam revealed that he prepared a bunch of turkey breasts for their meal. Danielle avoids eating bacon, so he made a special one for her. But the others looked elaborate and professionally prepared. Painstakingly, he wove bacon around the breasts so they looked like basketwork. Then, he injected them with cajun butter.

The spicy meal must have tasted as good as it looked. In another clip, OutDaughtered‘s Adam Busby revealed that he placed the turkey breasts in the smoker. He didn’t mention which chips he used. But perhaps he chose Hickory for its nice strong flavor. Or, Mesquite which goes so well with cajun flavors.

Adam also shared that later that night, they all enjoyed some fireworks. He lit them, and then the kids could all be heard oohing and aahing about them. Clearly, the Busby family enjoyed a wonderful New Year’s celebration. Hopefully, 2021 bring some much better days for them and for their many fans across the world.

Another thing that weighs on the mind of OutDaughtered fans relates to Adam Busby’s wife, Danielle. She said that this year she hopes to relax a lot more and slow down. Recall, not long ago, she ended up in the ER with strange sensations in her arms and legs. Fans never heard what might ail her, but they do know that doctors did tests. Maybe Adam Busby volunteered for cooking New Year meals so Danielle could relax and just enjoy the day with all the family.

Jane Flowers
I am a freelance journalist, self-published author, and an editor at Blasting News. I studied journalism and human communications in Australia and New Zealand. I also write for The Destination Seeker and run my own news website.